Tara Dickinson: We have the amazing resources and lists from your website Let Me Organize It  already, thank you for that. As of this moment in 2021, are there any new or additional guidelines you can offer for moving efficiently?

“10 Tips For A Successful Move”

“Packing Tips From The Pros”

“Un-Packing Tips From The Pros”

Lauren Mang: The number one key is to plan ahead as much as possible. By the time people reach out to me, they only have a couple of weeks before the move. That is usually not enough time, especially during the height of the moving season which happens to be now, from June through September. So, as soon as you know you might move, or are thinking about moving, first and foremost, reach out for help as early as possible, even if you think you don’t need to.

The second most important point is to understand that we all have the best of intentions, but packing and prepping for a move can be overwhelming for anyone and we all put it off until the last minute. If you have the resources and time, call in a team to help.

I get calls from people who have begun the process too close to the move-out date and just can’t manage. Unfortunately, I’m unable to get a crew together that quickly. The same goes for professional movers. We really need a minimum of 4-weeks notice in the off seasons and more like 6-weeks during the peak move season over the summer. It’s best to start six months before you move, to give me enough lead time to properly downsize and get a team together for the move.

TD: Do you organize and do the moves specifically, or mainly help people downsize and organize FOR a move?

LM: Right now I’m only doing moves with pre-existing clients. Since I’m a professional organizer, I pull independent contractors only for specific moving-related projects. These contractors who work for other organizers as well, or own their own businesses, and are usually very booked in the summer.

During the pandemic, moving was considered an essential business so I was able to go to people’s homes with a small team and assist. It helped me stay afloat with business during the shelter in place orders. In a normal year, I would do maybe 5 moves at the most; in 2020 I ended up doing over a dozen.

The trend is still continuing this year as remodel projects that were put on hold have begun again. This is called a partial move, moving people out of parts of their homes for a remodel. As the year ends, this will slow down and I will go back to a more normal pace of seeing regular clients and doing more in-home/residential organizing as opposed to moves.

TD: How does one plan to downsize a home? How much time do we need for that?

LM: As soon as you know you’re moving we can help you with the downsizing. And it can take many months.

For example, if it’s a couple who are seniors, living in a house for the last 40-years, have all their kids stuff, and want to downsize and move into a small home or retirement community, they need at least six months, if not a year. This is due to the sheer volume of items they’ve accumulated over a lifetime. Also, seniors have a tougher time letting things go and cannot usually do more than a 3-hour session at a time without getting completely overwhelmed.

Organizers typically work in 3 or 4-hour blocks, and that can be hard for seniors as they are making a lot of decisions in that period of time. It’s taxing, a difficult task and drains your energy.

Organizing is a muscle you build; like training for a marathon. You can’t run a mile on the first day. Same with organizing; it gets easier to sort and make decisions, and easier to let go after you’ve been doing it for a while. It’s best to give seniors a lot of time to work through the entire downsizing process. With the stress of a move looming and you’re trying to make choices on every item, it becomes too difficult if you don’t have enough time.

TD: Some people seem to be hesitant to bring in a Professional Organizer….?

LM: Don’t be embarrassed to bring in help. Having the expertise of a professional makes sense. For example, I know how to workout, and I can find free videos on YouTube or go on a run. But bringing in a trainer who can assess my body and tell me what to do specifically for the type of strength training or weight loss I want is ideal. What works for my body isn’t what works for others. You need a professional. The same is true with organizing, which is not one-size-fits-all. True organizing is custom tailored not only to the space, but to each of the people using the system as well.

Professional Organizer’s are project managers, doing the sorting so you can see all the shoes, for example, you have at one time, and make decisions from there. We’re there to encourage you, but not to force you to give things away. 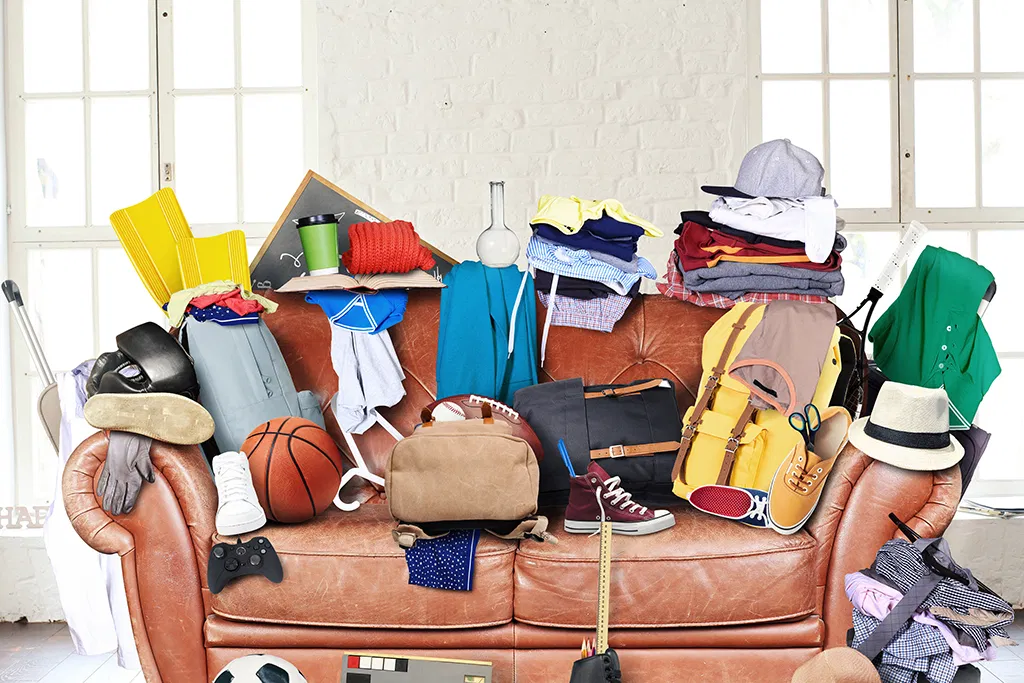 TD: Are there any myths that people seem to have about organizers?

LM: Yes! One myth I’d like to bust is that people think if they hire a Professional Organizer we’ll make them get rid of everything. This is not true. If you love it, need it, or use it, we will in no way ask you to get rid of it.

“I see you have 9 corkscrews – perhaps we can downsize to just 4 or 5? I’m sure you have your favorite one or two, and perhaps this other one (ah-so) for larger format bottles. And of course this one is the compressed air one that pops the cork out which is fun at parties. But do we need the others?”

If you have a reason for having doubles, that’s ok. But there’s also a point where multiples may be excessive. As Professional Organizer’s, we’re guiding the decisions through thoughtful conversation. We’re trying to help, but the final decision is always made by the owner.

TD: Are they any examples where downsizing first before a move may not be the best practice?

LM: Here’s a good story as an example. I was helping a client who was ready to downsize and move within two years time. She did very well and only kept about 25% of the enormous amount of belongings she had had in storage.

When she found that other rental, it was time to take everything from storage and unpack. We always prefer clients downsize where possible BEFORE a move, but she wasn’t able to in this instance as she had no idea where she was going to end up. In the long run, it ended up better for her to downsize after she found her dream house and knew the space. Because there was this level of uncertainty on the front end of the move, she was holding on to too much. Once she had that security after finding a dream home, it was easy to let go of all that stuff.

Before moving she felt overwhelmed and was easily exhausted by her stuff and decisions around them. Post move-in to her 2nd (dream) rental, she was invigorated and energized by her new place. In two days, she ended up letting go of fifteen 45-gallon contractor bags and dozens of boxes of belongings! And she said she hadn’t felt this great in years!

Moral: While it’s important to do what you can on the front end, and when not knowing what space you’ll finally end up in, downsizing can happen on the back end. At that point, when you are in your new space, it’s easier to make decisions.

TD: Any more practical HOT TIPS when it comes to efficient moving?

LM: PLAN AHEAD! Six months to a year is ideal. It’s best to divide it up, room by room.

We as humans naturally overcomplicate and over think everything. My best advice, make the best decisions you can do right now. When faced with challenges, we make do, we use something else in different ways.

I hope this has been helpful.