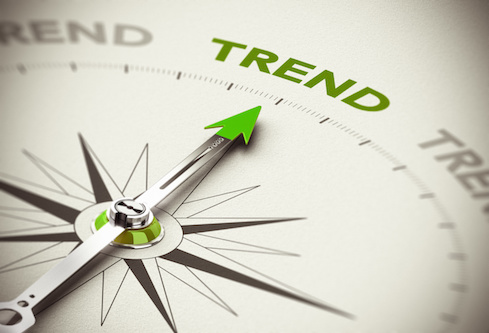 According to Norada Real Estate Investing, a Better Business Bureau A+ accredited business, as of late July 2021:

“The real estate market in the Bay Area is growing, with the median price topping $1 million for the fourth month in a row. Demand outstripped supply in June, resulting in homes selling at an exceptionally quick rate. The Bay Area housing market is distinguished by high demand, cheap mortgage rates, and a scarcity of available inventory. Due to increased demand from the state’s high-income residents who can take advantage of low-interest mortgage rates, home prices are skyrocketing.”

According to Bay Area ​Market Reports as of July 2021:

Last couple years, people leaving the Bay Area have outnumbered people moving within the U.S. On the other hand, a large foreign migration to the Bay Area from outside the states has grown since 2010. See chart from Compass below.
The New York Times said, “​​Nearly every year for several decades, thousands more residents have left Silicon Valley and San Francisco than moved in, according to state data. Often, this movement is offset by an influx of immigrants from other countries — which was limited during the pandemic.”

Poverty in the Bay Area

The economic boom in the Bay Area for many means rapidly increasing living costs without any increase in income.

Office & Business Spaces- Abundance of Inventory
CNBC reported in May 2021, that, “By the end of the first quarter of 2021, the amount of vacant sublease space in San Francisco had soared to 9.7 million square feet, up from about 3 million in late 2019, and accounted for 40% of all available commercial space in the city, according to commercial real estate firm Avison Young.” Starting to see a reenter phase- activity is picking up. Tenant demand is at the highest since before the pandemic began, indicating that more companies are shopping for space.

Storage Units Thrived (as reported in July 2020 from hoodline)

Affordable Self Storage hasn’t seen customer demand like this since the 2008 recession. Storage is a “good indicator” of the general health of the economy — and not in a good way. “During turmoil, we do good business,” one employee said. Filling up the units are:

Hoodline reached out to a dozen moving companies in San Francisco to see if their demand was also accelerating. It seems customers have to reserve a slot several weeks in advance to get service. A MakeSpace moving company representative confirmed the company had seen demand jump in recent months (July 2020).

As reported by CalMatters (a nonpartisan, nonprofit journalism for California’s Capitol) in October 2019 (almost two years old as of August 2021) had these data points to share:

As reported by The New York Times on July 15, 2021, news that tech workers were done with the Bay Area, complaining about the high cost of living, homelessness, crowding, and crime, was overblown. Things are not quite back to normal as represented by:

But recent data shows signs that tech workers are coming back. According to BridgePoint Funding, specializing in residential mortgages for C.A. residents, slightly higher mortgage rates are expected in 2022.

One thought on “Trends In The Bay Area Housing Market”